Just added to your cart

I Caught My Child Stealing. Here’s What I Did Next.

The opportunity to learn from a mistake & make things right should always be an option given to anyone who may have done something wrong. A couple of weeks ago, my son, Romeo, made a huge mistake. He stole a book from the school library because the librarian would only allow him to check out two books and he wanted three. He tried to keep the books hidden from me but “Mama always knows”. I knew something was wrong because he was acting guilty and ashamed. When I questioned him, he finally told me what he did. I was furious! I made him go to the school the next day to take the book back & apologize to the librarian. I also told him that his birthday was canceled & he won’t be turning eight this year!

I was really disappointed and upset.

I work so hard to get Romeo whatever he needs and desires, and yet he decides to steal. I felt like a failure as a parent. I talked to many people about what I should do but it wasn’t until I spoke with one of my coworkers, who is a parent as well who told me to give him the opportunity to make it right. She said, “Teach him that failure is not final and it’s okay to make mistakes, but you have to suffer the consequences and repair what you have done.” The conversation with my coworker led to me allowing Romeo to still turn 8 years old (as if I could stop that from happening in the first place) on December 16th but under one condition!

On his 8th birthday, Romeo kept his word and gave gifts instead of receiving them! He paid for his mistake & I am so proud of him! For the one book that he submitted to greed, he paid the price back by donating 121 books to Book Harvest. 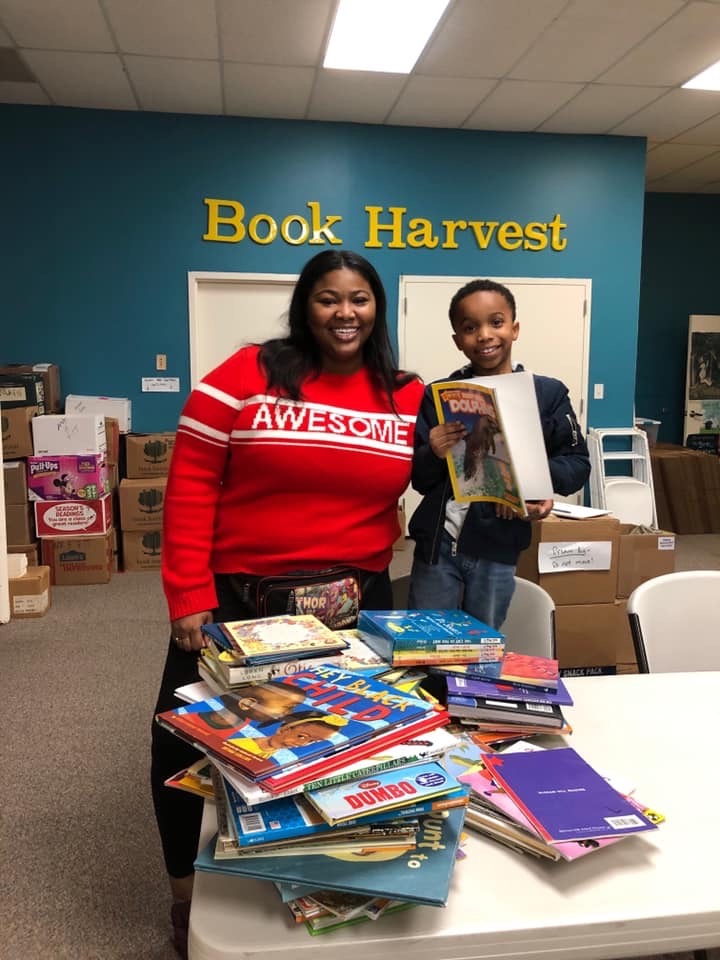 Some people have asked why was I so stern with Romeo for only one stolen book. I heard many things like, “It’s not like he stole a toy or a piece of candy” or, “But he apologized and returned the book, though.”

My response to those questioning my choice was Romeo can’t afford to cave into greed. He must have self-control especially as a young man of color because the consequences are 100 times worse for him just because of what he looks like when he makes a mistake. What I hope he learned is that making one mistake is not the end of the world and can be corrected but it’s better to not make a mistake you know is wrong in the first place. Romeo stealing one thing could lead to 121 days or months in prison & as a mother, I will do everything in my power to prevent that from happening. My young amazing black boy will not be labeled. He now understands the consequences of bad actions and he now knows that I expect excellence out of him & nothing less!

I hope me sharing this moment of vulnerability with you about catching my child stealing encourages those of you who may be going through the same thing with your children. Our children are not perfect, and they will make mistakes. The pressure is on us as parents to be there for them when they make mistakes and to guide them to the right decision in resolving the issue. The end goal is to ensure they grow up to be the amazing human beings that we know they can become!